Between the Covers - Book Review #14 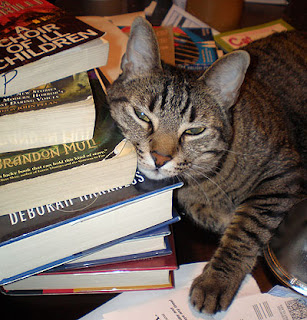 There's been a lot of reading going on lately in my house and sadly, not much writing while I recover from my many stays at the hospital recently! :(

I have five selections for you, my faithful demon hunters.

1) The Night Circus by Erin Morgenstern proved to be an envious debut novel. I don't really know what so many of the "critics" were talking about on Goodreads and other review sites; this book wasn't all description without plot. If you read enough reviews yourself, you will find that people either loved or hated the book because of her descriptions, which some readers found too lengthy and distracting. I found her writing to be wonderful. This is a beautiful fantasy love story involving two dueling magicians at a circus I wish to attend! (And that's saying something for me, since I don't approve of circuses because of their use of animals.) Do not miss this series and if you're a writer, have tissues handy, for you will probably be crying with envy!

2) Sherrilyn Kenyon's Bad Moon Rising is a pleasing addition to her Dark-Hunter series, but don't expect a very complicated plot. Do expect a light, entertaining love story between two different Were species and some action/fight scenes. No big plot twists here, but it's a good escape, though I could have done without the detailed sex scenes. At least, they were mostly plot oriented and not gratuitous.

3) Dean Koontz's 77th Shadow Street left me with a sour taste in my mouth. What promised to be a unique story about an apartment building with a dark history fell flat. The characters are interesting and unique, but Koontz's delivery falls apart in the last few chapters, in which I finally learned the origin of the malevolent being targeting tenants and was disappointed. It's a great explanation, but too little and too late.

4) Patricia Cornwell's The Scarpetta Factor is another great addition to the Scarpetta forensic series, with a few good turns. However, towards the end, a few chapters cut would speed things up nicely. Dr. Kay Scarpetta is one of my all-time favorite female characters from a crime/suspense series. In this story, the suspects include an actor accused of a sex crime and a former, secret billionairess lover of Lucy's.

5) In Kathy Reichs's 206 Bones, Temperance Brenan is kidnapped and trapped in an underground tomb. The story works backwards in time, which is refreshing, though if you watch the TV series, Bones, like most beasts, the books are an entirely different animal from the TV series, of which, I actually enjoy both. In this novel, Brenan solves the murders of a few elderly women and discovers someone in her forensic lab is sabotaging her work and her reputation. This is a quick read, but worth it.
Posted by Unknown at 7:43 AM 2 comments

I apologize for being absent from my blog. Since this spring, I have spent about a month in the hospital on four separate visits. Right after the New Year, I broke my left foot and tore a tendon. The cast caused a blood clot in my leg which traveled to my lungs (pulmonary emboli) and landed me in the hospital twice. Then in the past month on an unrelated issue, I was hospitalized twice for a colon perforation. No idea how that happened, though the doctors assure me it happens more than one would think! (I'm meeting with a surgeon in a few weeks, so wish me luck. Hopefully, I escape the scalpel.)

In the meantime, I've been getting in a lot of reading while I rest. I will have another book review ready shortly, so stay tuned.

As always, happy writing and happy reading to all!

Nora B. Peevy
A.K.A. Your Friendly Neighborhood Demon Hunter
Posted by Unknown at 4:45 AM 1 comments

Email ThisBlogThis!Share to TwitterShare to FacebookShare to Pinterest
Links to this post
Labels: Dear Demon Hunters, letter to readers

Bryan Hall on His Novellette: The Vagrant 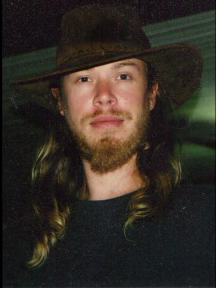 Bryan Hall is a fiction writer living in a one hundred year old farmhouse deep in the mountains of North Carolina with his wife and three children. Growing up in the Appalachias, he's soaked up decades of fact and fiction from the area, bits and pieces of which usually weave their way into his writing whether he realizes it at the time or not. He's the author of the sci-fi horror novel Containment Room 7, collection Whispers from the Dark, and the upcoming Southern Hauntings Saga. You can find him online at www.bryanhallfiction.com

I've gotten asked about this a few times as the release of The Vagrant approached, so I figure it's time that I talked a little bit more about the series' central character.  Without him, this saga would just be a series of stories set in the south with only their location to bind them together, so he deserves a closer look.


Creighton Northgate lives out of his truck, moving from town to town as he needs to.  You could call him a paranormal investigator, but he would never use the term himself.  He helps people, and he's developed quite a reputation for doing so.  Word travels fast in small towns, and when you're providing something that nobody else can you quickly find that word of mouth is better than any business card.   People hear about the guy who can see the dead; the guy who tracked down a Sasquatch in the Linville Gorge; the fella who figured out why the walls of a church in Alabama bled thick blood every Thursday night.  People hear about him, and they call him for help.  And Crate carries on, travelling to wherever his cellphone calls take him.


He's not perfect.  No interesting character is.  His brother's death, and subsequent reappearance as a spirit almost every night, makes it hard for him to sleep.  He self-medicates with booze, and what started as a sleep aid has become alcoholism pure and simple.  Knowing that there's more after this life – along with the rough hand he's been dealt – makes it hard for him to empathize with those who are grieving.  And the fact that he deals with those who are grieving constantly, makes that a little bit harder to manage, when you get right down to it.


And he's afraid.  His brother's constant presence, following him everywhere, is a reminder of a past that he's trying to forget.  One that's cloaked in as much mystery and confusion for him as it is for the readers.  As he starts to peel back the layers of shadow covering his past, as his brother's spirit and his own desire to be rid of his demons keeps growing, he'll be led back to where he came from.  And what's waiting for him there will change him forever.


A story's only as good as the people in it, and I hope you find that Crate's someone you want to spend a little bit of time with.  Truth is, things are only going to get worse for the poor guy. 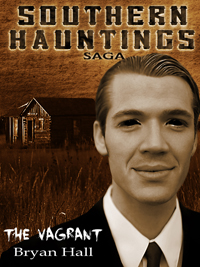 Creighton Northgate is a man shrouded in mystery and on the run from a past he doesn't even fully understand. Blurring the lines between vagabond, enigma, drunkard, and savior, he spends his days staring into the southern legends and paranormal events that most only speak of in hushed, half-believing whispers.

In the midst of a sweltering southern day, he attempts to help a homeless man who seems to share his curse; a man haunted by a silent figure from beyond this world who pursues his every step. By the end of the day, Crate discovers that some things are best left alone; some truths best left in the dark.
This novellette serves as an introduction to the Southern Hauntings Saga and its central character Crate Northgate, a man whose shadowy past is slowly catching up to him. The first novella in the series will be released late summer 2012.
To find out more about Crate visit www.whoiscratenorthgate.weebly.com.
Buy Southern Hauntings 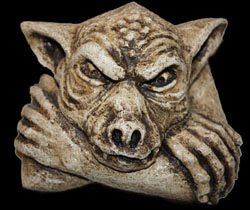